The Time was NOW – and it still is 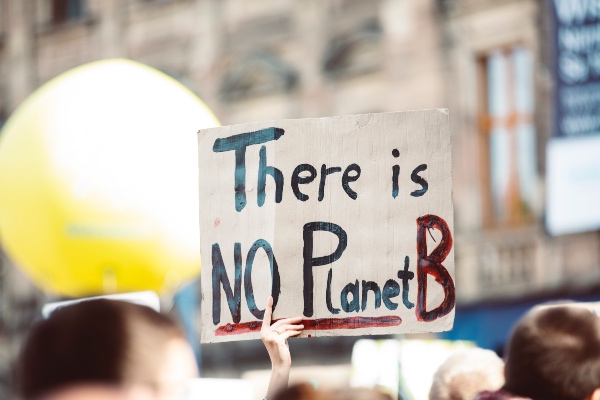 The time was NOW — and it still is

In July’s letter to members our Chairman, Carol Gartrell, again raised the importance of addressing the question of climate change.

Over a year has passed since the Time is Now lobby of Parliament was held. Rosemary Horton of Dorking Ranmore WI was among those who attended. She wrote thanking Carol for again highlighting the issue, saying:

“Little has changed, the government has been obsessed with Brexit and now the COVID-19 crisis,” and enclosed a copy of a letter she has written to her MP “just to let you know that WI members are still active in raising awareness about the climate. We may be in lockdown but the climate crisis is still with us and we need to keep up the pressure.”

This is what she wrote to Sir Paul Beresford, MP for Mole Valley:

“This time last year I came up to London to represent my WI at the Time is Now lobbying of MPs in relation to the Climate and Environment Crisis. You were good enough to see me and other constituents of Mole Valley and listen to our concerns. Since that day I have taken a greater interest in the way we are living now and how this will change the planet that our grandchildren will inherit. We are on a slippery slope!”

“You yourself in your address to Parliament on Commonwealth Day, March 9, 2020, talked about the importance of the Commonwealth; was the fact that it makes up 33% of the world population, 60% of whom are under the age of 30. The Commonwealth consists of 54 member states including 47 coastal states which are the most likely to succumb to rising sea levels caused by global warming. This is not just a possibility it is a fact.

“Why, if you know that burning fossil fuels is damaging the future for those children, do you not ensure that as our elected member of Parliament, pressure is put on the government to take more urgent steps to address this?”

“As a result of the lobbying last year I have been increasingly frustrated by the lack of progress and been drawn to express my feelings through the activities of Extinction Rebellion.”

“I had thought that they were a bunch of extremists looking for opportunities to confront authority and as a law abiding, conservative member of the public, I tended to sneer at their activities. I couldn’t have been more wrong.”

“What I found was a group of angry, intelligent, well informed, law-abiding, hard-working people who had being doing all the right things for years — writing to their MPs, holding meetings to inform the public, printing leaflets at their own expense and tirelessly trying to draw attention to what we were doing to ourselves by damaging the planet. It didn’t work and the frustration came to a head in October 2018 with non-violent civil disobedience.”

“I can’t put it better than a local member of Extinction Rebellion, a retired environmental scientist who helped co-ordinate teams of scientists on the Intergovernmental Panel on Climate Change (IPCC):

“My familiarity with the topic over decades had, I had to admit, blunted my sense of urgency. These people had come much later to the recognised the gravity of the threat and the urgent need for effective action.’

“I appreciate that COVID-19 has sent the world into turmoil, but we need to learn from the way we have dealt with it. We may gain immunity from COVID-19 but no-one is immune to the climate crisis. The majority of the population are not aware of the severity of the situation.

“Please reassure me that by this time next year, the Conservative Party can look their constituents and far flung members of the Commonwealth in the eye and know that they have been brave enough to take the measures necessary to protect the environment we live in.”