Message from our Federation Chairman (November 2020) 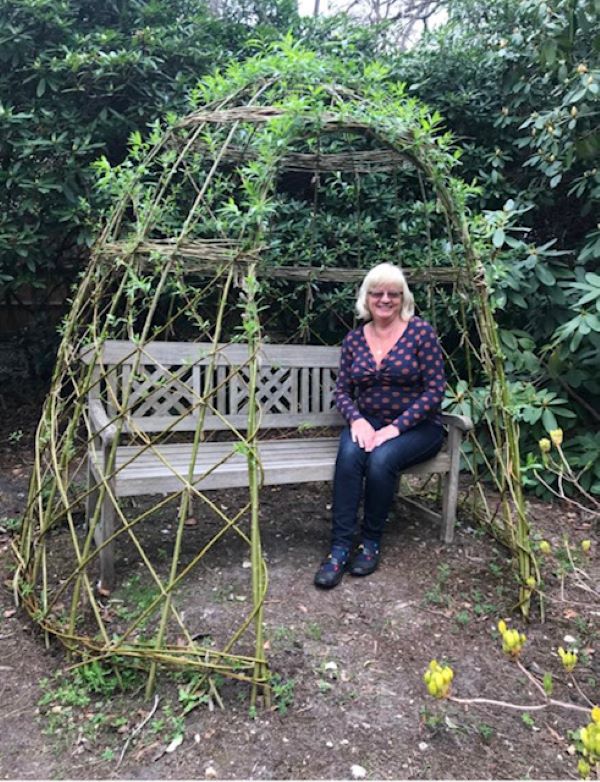 Why are so many women behind bars?

Leafing through family paperwork in preparation for a Denman workshop Tracing Your Family Tree I discovered a letter congratulating my mother on becoming Chairman of her local Townswomen’s Guild. Like mother, like daughter I thought. It reminded me of all she, and my grandmother did as part of that organisation—monthly talks, craft groups, car treasure hunts and ballroom dancing amongst them. The latter my grandmother attended weekly into her late 80’s!

Community engagement was high on the agenda, and I recall Mum regularly visiting inmates in the high security wing of HM Prison Wakefield. Such organisations, and in particular our much-valued WI, are vital contributors to community life and we must fight tooth and nail to preserve the WI in these extraordinarily challenging times!

The lockdown in March, and the unwelcome reinstatement of restrictions in September, likely running to March 2021, reinforces my belief that COVID-19 is going to have a brutal impact on the WI at National, Federation and local levels alike. This led me to reflect on the impact of COVID-19 on the members of our prison WIs.

Lockdown has given us just a glimpse of what it must be like to have one’s freedom removed. My first clothes acquisition in lockdown was some knickers, to me a routine purchase. I recall one prison WI member explaining how one of the most humiliating restrictions of prison life was to be allowed only six pairs of knickers and with an enforced timetable for their laundry. This seemingly insignificant rule I found deeply shocking.

The harsh reality for women in prison is that, despite the perceived luxury for many of having ensuite facilities and a TV, life is severely restricted, liberty is removed, and the ability to choose is taken away. Things that we all value so much. Currently many inmates are kept in solitary confinement for 23 hours a day in a utilitarian cell with no access to outside. This seems inhumane. Such constraints have been similarly challenging for the prison officers who have continued to care for and support the inmates. As a Federation we recognise with gratitude their hard work and commitment.

Many of you will be familiar with the Care not Custody campaign (2008) and the resulting Care not Custody Coalition (2011), with progress reported at the NFWI annual meeting in Bournemouth 2019 and in WI Life where the initiators of the Surrey Federation prison WIs, Jill Elliot and Jan Heasman, were featured.

For being a member of a prison WI brings untold benefits. It not only offers the opportunity to experience real life for a few hours each month, but also has significant benefits for the mental health and well-being of members. But why, despite this campaign, has so little changed? Why are so many women in prison, many for short periods? And why are significantly more women imprisoned for a first or second offence than men?

Sitting down to a glass of wine, my attention was caught by the label on the bottle. I read more closely, 19 Crimes. Beginning in 1788, those in the UK who committed one of 19 crimes were transported to Australia for a life of hard labour. Many did not survive the passage. What were these crimes? Many are considered petty today — stealing fish from a pond, cutting or burning clothes and clandestine marriage. Men and women were compelled to pioneer in harsh frontier colonies, forging fresh pathways and building new lives from their chequered pasts piece by piece, but they were given a chance, a new start, a chance of rehabilitation.

Of course in 2020 the situation is very different. People only end up in prison for serious crimes or when they are a threat to themselves or their community, but is this really true for women? Why are women treated differently? Are we, as a society, just as guilty of imprisoning some women for petty crimes, as in 1780, although currently with little chance of rehabilitation?

My attention was recently drawn to a Woman’s Hour feature about the work of a prison doctor at HMP Bronzefield. Her conclusion was that little has changed for women. Why are so many women in prison? Unprompted conversations with WI member inmates revealed some stark answers. Sentiments such as ‘because we are safer here’ and ‘the day I got to prison I got my life back’ were common. Some women explained how they choose to re-offend in order to return to the safety of prison, avoiding the substance abuse and alcohol that provide their only es- cape from a life of misery and abusive relationships on the outside. Dulling the reality of life, loneliness, isolation, shame and trauma, prison offers only a temporary escape.

I ask again, why are so many women in prison for minor crimes? Of course there are some whose time in prison is for the safety of all, but for many it is a cycle of short term sentencing, often as little as three weeks, for petty theft or anti-social behaviour — sleeping on a park bench, for example — before being returned to the community, with no time for rehabilitation and frequently to a life on the streets because they have no home to go to. Currently 50% of women in HMP Bronzefield are released into homelessness. This is an unremitting cycle.

As fellow members of the WI we should therefore continue to campaign for Care not Custody for women and keep this issue on the agenda. Over the past ten years our Federation has established a practical and under- standing relationship with the many HMP staff who have committed both time and energy, and have worked tirelessly to both forward their prison WI and to ensure best practice for those in their care.

We, similarly, should support our prison WI members with enthusiasm and commitment, like so many of you have done in lockdown, by writing letters, supplying craft kits and materials, and purchasing their art and craft work. And when we return to the new normal, please accept invitations from our prison WIs. Allow them to enjoy a few hours of normality, unjudged and in a safe and caring environment, share in the skills they have acquired and celebrate their achievements. They deserve it.

*Did you know that the exercise yard at HMP Wakefield had a mulberry bush at its centre which inmates walked around? It is believed to be the origin of the nursery rhyme Here we go round the Mulberry Bush.