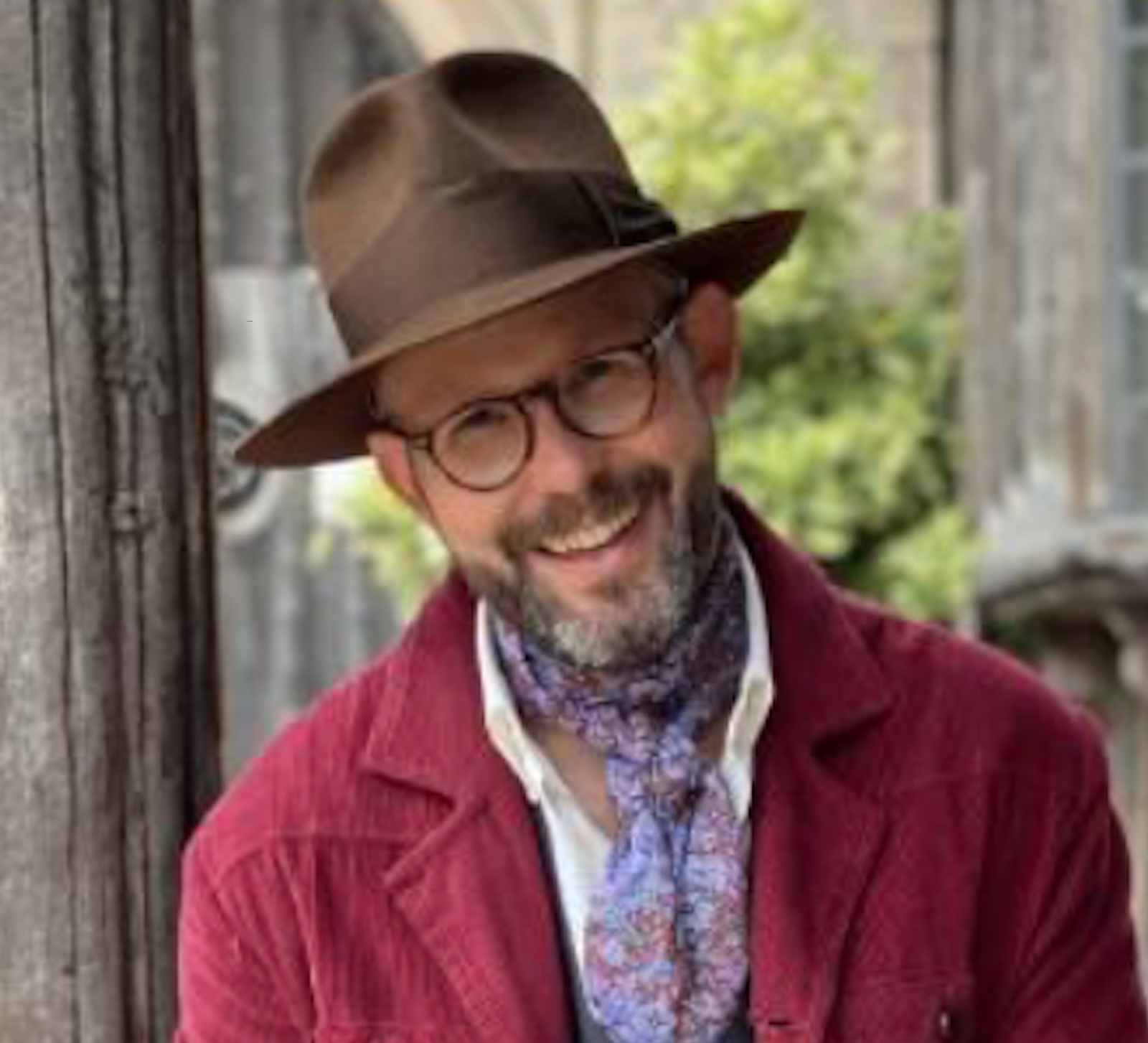 Join Mark for a chat about the most recent series of ‘The Great British Sewing Bee’ and his own sewing journey.

Mark will tell you all about his practical sewing experiences which began quite late in life, however his relationship with sewing started when he was a small child and was mesmerized by his grandparents’ ancient treadle powered Singer sewing machine.

“My younger sister and I would play with it endlessly, but we had no idea how to sew on it, it was much more useful as a shop counter!”

He will tell you how his name was put forward for the Great British Sewing Bee, and that he never thought he would be chosen! You will also hear about how his life has changed since he was on the programme.